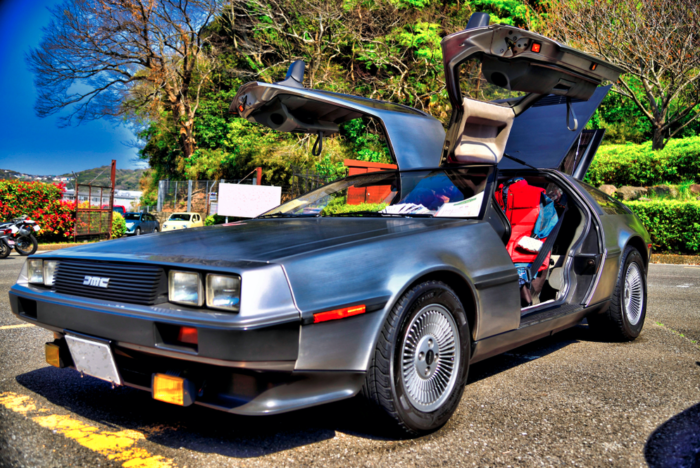 Education is paramount to protecting yourself from liability in several different areas of the repossession process. When it comes to personal property, the rules vary by state and some states have specific regulations. Unfortunately, lenders may unknowingly put themselves at risk for fines if they are unaware of these unique laws. As an example, a few months ago, the Consumer Financial Protection Bureau (CFPB) documented a ruling against a large National Creditor for a number of infractions including personal property issues that spanned three years. The hefty penalty included a violation because the repossession agents, with the creditor’s knowledge, “demanded that consumers pay a separate, upfront storage fee for personal property contained in repossessed vehicles. These agents refused to return consumers’ personal property until the consumers paid the fee.”

This recent case should open the eyes of everyone involved in the repossession process, including the financial creditors making the loans, the repossession agents completing the repo process, and the consumer who has the rights to protect him or herself during what has to be a very difficult situation. An issue, that perhaps exacerbates the ability of the industry to ‘do the right thing’ when it comes to dealing with personal property, are the multiple different state laws across the United States.

The CFPB has made it clear that a repossessor cannot hold personal property hostage in lieu of payment but if someone is willing to pay, then there is no issue. In the State of Florida by State Statute 493, agents are allowed to charge for personal property storage. This can be confusing as some lenders allow fees to be charged, some do not, and some pay the agency to give personal property back in lieu of collecting fees from the consumer. Ultimately, an agency must understand what their lenders allow and ensure they are appropriately compensated for their own internal costs for managing, maintaining, and supporting the personal property found in repossessed vehicles. As demonstrated in the recent CFPB case, the actions of the agent fall under the responsibility of the creditor for whom they are repossessing. In today’s COVID-19 world, these costs are higher and support is needed now more than ever.

Here is a little quiz. What do the States of Alaska, Arizona, and Alabama have in common? Besides starting with the letter A, they do not have any specific laws for how to handle personal property. Therefore, federal law must be adhered to. Here is another one. What state requires a notification that the repossession agent is in possession of personal property? If you guessed Indiana, you got it right. Here is another, what state has a requirement for special treatment for medical devices in the vehicle? If you guessed Maine you would be right again.

As you can see from these few examples, some states, ten in all, have very unique and specific personal property requirements. RISC has taken a key step to support the industry and help all parties understand what rules must be followed. In partnership with Hudson Cook, LLP, RISC has outlined the details of personal property laws state-by-state in this FREE Report. This report outlines the latest regulations as of February 2021. Print these laws out, review them, ensure that your agencies understand them. Doing so will help you take a big step forward in ‘doing the right thing’ and following the law related to how to handle personal property during the repossession process.

TAMPA, FL 9/28/2020 – RISC, with support from the leading consumer financial law firm, Hudson Cook, LLP, have completed the 2020 update of the training certification program CARS Financial Client (CARS FC). The CARS FC certification program was created for financial clients, including national forwarding companies and lending institutions, to provide a comprehensive understanding of the state and federal laws that apply to self-help repossession. The course update aligns the content with current federal law and the addition of the Equal Credit Opportunity Act (ECOA).

RISC developed this collateral recovery training curriculum in 2017 to support industry professionals who do not perform repossessions and is updated annually.  This online training program takes enrollees through all aspects of the repossession process, from government regulations to possible liability traps, and teaches best practices. The program covers topics such as:

CARS FC is an online course administered on the RISC Educational Platform that allows for self-paced training. Over 5,000 people are certified annually with RISC’s CARS FC, CARS, and CARS Continuing Education programs. To learn how to train yourself or your employees, contact us at [email protected].

TAMPA, FL 4/21/2020 – RISC along with Hudson Cook, LLP, a law firm whose regulatory compliance practice includes work within the subject of automotive repossession, has updated RISC’s most popular CARS Continuing Education Course, CE 4. CARS CE 4 covers the “Recovery Process” which includes crucial topics that recovery agencies face on a daily basis. This course is designed to give agents the ability to communicate accurately with clients and provide the framework for agents to complete a wide range of work at the highest level of compliance. Topics include details on preparing assignments for agents, personal property procedures, consumer’s right to cure notices, sale of a recovered property and much more. CARS CE 4 is one of several courses that RISC offers that counts towards a recovery agent’s need for annual continuing education to keep certifications up to date. To purchase the course go to RISC’s website. 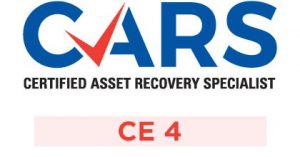 **CARS CE 4 is updated as of March 12, 2020. This course is created for the general U.S. collateral recovery industry and it is the responsibility of agencies to ensure it is applicable to their local city/state laws. 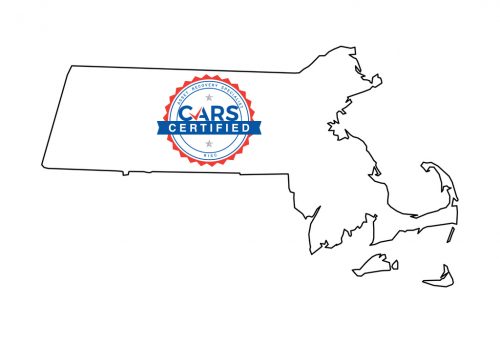 TAMPA, FL 1/29/2020 – RISC, a compliance services company, is pleased to launch the Massachusetts-specific collateral recovery training course as part of their CARS National Certification Program. Continually providing up to date training on state-mandated regulations is the goal of RISC, the leader in compliance services and education. “It’s crucial to let the industry know about updated regulations and provide comprehensive training for collateral recovery in Massachusetts and beyond,” says RISC CEO, Stamatis Ferarolis. “We are committed to providing these updates and have hired the prestigious law firm, Hudson Cook, to help design the most current training programs in the nation,” says Ferarolis. RISC will continue to evolve with the industry and look towards always building courses that will provide value to both clients and recovery agents.

“The overview of Massachusetts regulations is very informative. It’s another great addition to RISC’s current CARS program to keep my recovery staff safe and knowledgable,” says Steve Digantgikis, owner of New England Adjustment Bureau. Digantgikis is the first to become certified in this MA-specific CARS Program and focuses on having one of the most skilled teams to support his lending clients.

CARS-Massachusetts course is an example of RISC’s commitment to educating the industry to keep both the consumer and the recovery agent safe. The CARS certification is accepted by all domestic lending institutions and is completed by over 4,000 people annually. The course is available on RISC’s Education Platform for purchase on the RISC website.

I recently read the letter from the American Recovery Association (ARA) president, David Kennedy, in regard to his opinions on the March 2019 Supreme Court case decision of Obduskey v. McCarthy & Holthus. As I re-read it a few times, I realized that something did not add up. It appeared that there was some misinformation being disseminated to the industry that was a bit concerning. With help from Hudson Cook, LLP, a law firm whose regulatory compliance practice includes work on the subject of automotive repossession, we were able to come to a more precise conclusion that may contradict ARA.

“After a detailed review of Obduskey v. McCarthy & Holthus LLP, it’s clear the claim that repossessors may not be debt collectors under the Fair Debt Collection Practices Act, 15 U.S.C. § 1692 et seq. (the “FDCPA”) and that repossession agents are exempt from the FDCPA, is potentially misleading. Unfortunately, this is not what the U.S. Supreme Court found in this case,” says Eric Johnson, Partner at Hudson Cook, LLP.

The following is an overview of what Hudson Cook, LLP and RISC conclude:

Dennis Obduskey purchased a home with a mortgage loan from Wells Fargo. When Obduskey defaulted on the loan, Wells Fargo hired McCarthy & Holthus LLP (“McCarthy”) to carry out a nonjudicial foreclosure. McCarthy sent Obduskey an initial letter notifying Obduskey that it had been retained to commence foreclosure. Obduskey responded with a letter disputing the debt under § 1692g(b) of the Fair Debt Collection Practices Act (“FDCPA”). When McCarthy continued with the foreclosure, Obduskey sued McCarthy in federal court for violating the FDCPA. The district court dismissed the suit, finding that McCarthy was not a “debt collector” under the FDCPA. After the court of appeals affirmed, the Supreme Court granted certiorari. The Supreme Court of the United States affirmed the rulings of the lower courts that McCarthy was not a “debt collector” under the FDCPA.

The Court noted that, under the FDCPA, the definition of “debt collector” has two parts. The primary definition provides that a “debt collector” is, in relevant part, “any person … in any business the principal purpose of which is the collection of any debts, or who regularly collects or attempts to collect, directly or indirectly, debts owed or asserted to be owed or due another.” 15 U.S.C. § 1692a(6). The Court concedes that taking the primary definition by itself, a business engaged in nonjudicial foreclosures would be a “debt collector” because it is indirectly collecting debt through the foreclosure process. However, the second part of the definition states:

For the purpose of section 1692f(6) [the] term [“debt collector”] also includes any person … in any business the principal purpose of which is the enforcement of security interests.

Obduskey agreed that the second part would be superfluous unless it applied to some business whose principal purpose is the enforcement of security interests. However, Obduskey argued that the provision is meant to apply to repossession agents as opposed to businesses initiating nonjudicial foreclosures. According to Obduskey, repossession agents would not fall under the primary definition of “debt collector” because they only engage in limited communications with debtors.

The Court disagreed with Obduskey’s arguments, noting that the primary definition of “debt collector” turns on whether a person is collecting debts owed to another and not on whether it has communicated with the consumer. The court was unmoved by Obduskey’s argument that repossession would not fall under the primary definition because it generally involves only limited communication with the debtor. Further, as it relates to the FDCPA provisions that apply when there has been communication with a debtor, many state laws require repossession agents to communicate with debtors through notice requirements.

Finally, and importantly, in Justice Sotomayor’s concurring opinion, she also points out that the Court makes clear that “enforcing a security interest does not grant an actor blanket immunity from the” mandates of the FDCPA. She states that “repossession agencies engage in a means of collecting debts ’indirectly.’” She further stated that the decision leaves Congress free to make clear that the FDCPA fully encompasses entities pursuing nonjudicial foreclosures and regulates security interest enforces like repossession agencies in only the more limited way addressed in § 1692f(6).

I feel it is important that the industry understands this information was potentially misleading and that they continue to stay in compliance with the FDCPA’s requirements.